Our guide to the top 5 Christmas Spices

It’s beginning to feel a lot like winter, and as the nights draw-in and become that bit frostier, it feels like the perfect time to think about deliciously comforting food and drink. One of the easiest ways to add some warmth and interest to your dishes is by including some wonderful spices, so here are some suggestions of how you can use these five festive favourites to spice-up your life. 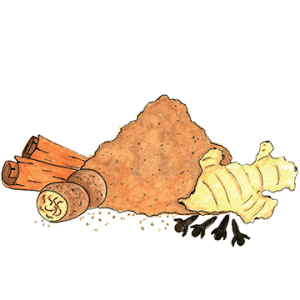 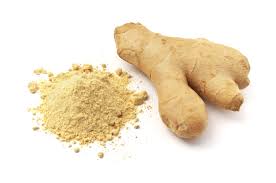 A powerful and instantly recognisable spice, Ginger has a rich and fascinating history. Valued both as a spice and as a medicinal herb in India and China since ancient times, Ginger, or Zingiber officinale, is one of the most popular spices worldwide. When used in baking, it adds a fabulous flavour and aroma to cakes and biscuits, and of course, Market Drayton itself is known as ‘the home of gingerbread’ due to it being the hometown of Robert Clive, known as ‘Clive of India’, who secured the spice trades routes for Britain in the 18th century, making spices like ginger accessible to most for the first time.  The town is also famously home to Billington’s Gingerbread, the oldest maker of gingerbread still in operation in the country, so why not take a peek at the tasty ginger treats on their website: www.billingtonsgingerbread.co.uk

As early as 2,000BC, the Egyptians used cinnamon as an ingredient in perfume and further evidence suggests it was widely used throughout the ancient world and that Arab traders brought it to Europe where it proved hugely popular. They transported it via difficult land routes, which resulted in a limited, expensive supply that made it a status symbol in Europe during the Middle Ages. It remained a renowned delicacy until the 1800’s, when chocolate emerged and began to rival its popularity. Cinnamon’s natural warmth and scent have ensured it is still much-loved and it always adds a gorgeous touch of spice to cakes and pastries. It’s also fantastic to use as an ingredient in mulled wine, which makes a lovely festive tipple on these chillier evenings. In addition to the cinnamon, why not give your mulled wine a real kick by including a dash of Pimento, a fantastic ginger beer with a cheeky helping of chilli in it: www.pimentodrink.co.uk 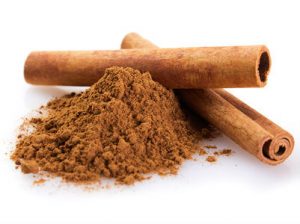 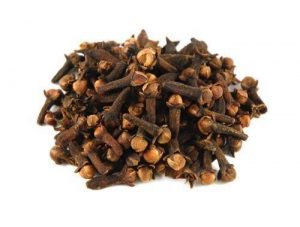 As well as it being the ideal season to use spices in your food and drink, let’s not forget that their wonderful scents can also be used in other creative ways. Clove is another fabulous winter spice to consider using. Throughout history it has been highly sought-after by buyers, from the street markets of ancient Rome to the narrow souks of the Arabian peninsula. Today cloves are grown across four of the world’s continents, and can be found from Brazil to Zanzibar, and from the West Indies to India. As well as adding cloves to your mulled wine (along with the cinnamon and Pimento!) another way of filling your home with their delicious aroma is to pop them into oranges to use as vibrant table decorations. For more inspiration on décor, you could visit the fabulous florist, Cooke and Thomas, or check them out online: https://cookeandthomas.co.uk/

What could be easier to hand-out to guests during the party season than mince pies? They’re such a popular treat at this time of year and allspice makes the ideal ingredient to add to them to give them an unusual twist. Allspice is the dried fruit of the Pimenta dioica plant and the name ‘Allspice’ was coined around 1621 by the English, who thought it combined the flavours cinnamon, nutmeg and cloves. If you and your guests polish-off all the mince pies, you could always pop into The Fields Kitchen, who are currently offering their mince pies in a lovely presentation box. 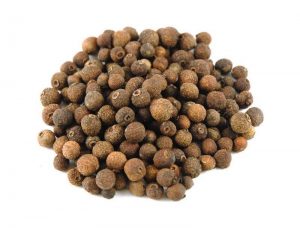 This sweet and highly aromatic spice was first cultivated in Egypt and the Middle East and was brought to Europe for its medicinal qualities. Its distinctive liquorice-like flavour makes it ideal for use in herbal teas. Given it is renowned as a digestive, a star-anise flavoured tea could be the ideal drink to serve following a large Christmas dinner! Alternatively, it makes a great ingredient in a curry, so you could sprinkle some in with the left-over turkey for a spice-tastic Boxing Day dish. You could also consider having a festive feast at a local Indian restaurant such as Pickles or The Jaipur.

Hopefully, this has inspired you to think about using spices in some fresh and unusual ways this festive season.

The Ginger and Spice Festival celebrates the culinary heritage of Market Drayton and the surrounding areas. It takes place from 25th to 28th September 2019. For further information, please visit www.gingerandspicefest.co.uk