The Leek United Heritage Spice Trail was once again a great success at this year’s  annual Ginger and Spice Festival 2019.  This feature fringe event which included a self-guided trail, a free prize draw and best dressed gingerbread competition was sponsored by the Leek United Building Society and saw over 100 families taking part over the two days Friday 27th and Saturday 28th September 2019.

The trial took participants on a journey of historical and culinary discovery and included a self guided leaflet with Humphrey the camel – the Leek United Building Society mascot – offering clues for families to follow.  Trail goers also had the opportunity to engage with activities along the way including a game of boules on offer in the Town Park hosted by the Market Drayton Twinning Association.

Children were also encouraged to note down the names of the gingerbread characters placed in business and organisations premises along the trail and judge their favourite.  ‘Iris’ one the eighteen gingerbread characters, sponsored by Mincher Lockett & Co. Opticians, was chosen as the ‘best dressed’ by trail participants.

All those who completed the trail and received 100% in their score sheets were entered into a free prize draw.  The adult prize was won by Gloria Bates who will be presented with a hamper of artisan goodies.

Gloria Bates said: ‘’I thoroughly enjoyed the challenge of completing the spice trail and would like to thank Julia Roberts, the Leek United Building Society and the other sponsors for arranging the festival. The five day celebration was interesting and varied and helped to raise the profile of the town.  It was also good to involve the community in learning about the history of Market Drayton.’ 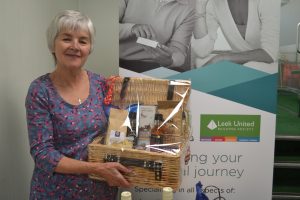 The children’s prize was won by Isobel Cartwright who will be presented with a Leek United Piggy bank filled with 30 £1 coins and a mini gingerbread hamper! 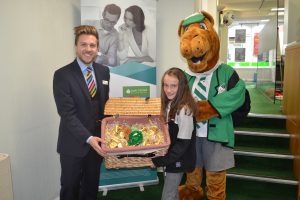 ”We enjoyed supporting the Ginger and Spice festival this year, and we are very proud that Iris – with her fabulous eyewear – won best dressed gingerbread person!  It just goes to show the impact the right glasses can have on your life.”

The gingerbread characters were judged by the participants of the Leek United Heritage Spice Trail 2019. 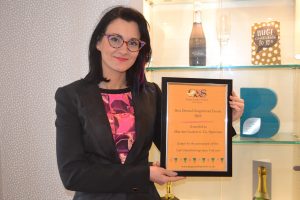 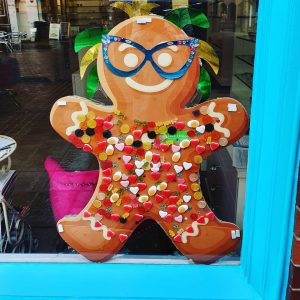