Fundraising for the Foodbank

Fundraising for the Foodbank

We were delighted to collaborate with St Mary’s Church Market Drayton and local musician Colin Brown this year to create a hugely successful fundraising concert for the Foodbank Market Drayton, which was sponsored by Savills.

We raised just over £1,600 for the Market Drayton Foodbank thanks to Savills who supported the running costs of the event. 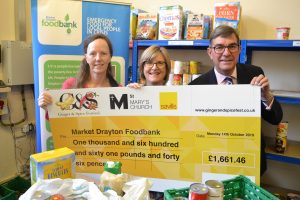 The concert took place on Saturday 28th September 2019 from 7.30pm as a fringe event of the Ginger and Spice Festival 2019.

“Right from the start, as the band swayed down the aisle to the haunting strains of ‘Summertime’, we were treated to a night of fantastic music played by utterly brilliant musicians. The ancient walls of St Mary’s echoed with the sounds of jazz, blues and soul; lights danced around the rafters and we danced in the aisles! What a great way to spend the evening and raise money for the Market Drayton Foodbank at the same time.”

Colin Browne, leader of the band, local resident and professional musician said: ’The Band and I felt privileged to play in such a beautiful environment and for such a warm and welcoming audience would like to thank St Mary’s lovely vicar, Catherine McBride, for allowing us the use of her beautiful House & the many helpers during the event, plus the fabulous lighting provided by the super BSB, and of course Savills for sponsoring this Ginger & Spice fringe Event. We hope that this will be the first of many similar fundraising events to be held at St. Mary’s Church.” 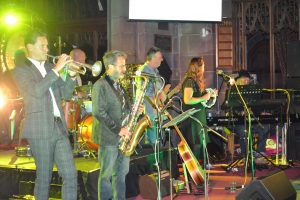 ”Market Drayton Foodbank would like to thank everybody involved in the Savills Music Concert that was held at St Mary’s Church last Saturday evening in aid of our Foodbank. The event was very much enjoyed by all who attended and we are grateful to the organisers, sponsors – Savills, Colin Browne Band and Friends and all at St Mary’s Church who made the event such a great success.

The proceeds from the concert will help us help local people in crisis who are struggling to put food on the table. Market Drayton Foodbank is part of The Trussell Trust’s UK-wide network of foodbanks and are part of the movement to help the many people affected by poverty and hunger in our society. We are here to help anyone who is facing hunger because of a crisis; for the parents skipping meals so their children can eat, for the tenant forced to go hungry just to pay the rent, for the elderly person making the stark choice between heating or eating Thank you to all who contributed towards the event, your efforts will make a huge difference.” 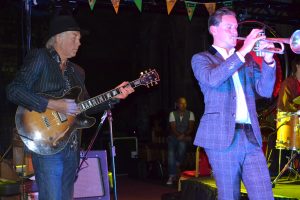 A HUGE thanks to our headline sponsors, Savills!

Mr Simon Farrant (Director and Head of Office Operations) at Savills Birmingham said, ‘’This fantastic evening of spirit filled music held at St Mary’s Church Market Drayton was not only fun but incredibly professionally put together.  We were delighted to be supporting this event which raised much needed funds for the local Market Drayton Foodbank. Community events are an extremely important way for rural towns to raise their profile and encourage positive economic outcomes. Savills are committed to supporting the rural sector and being involved in this community fringe festival is testament to that.’’ 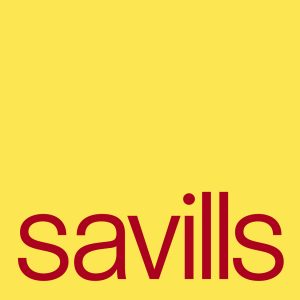