Spice of the month: Cinnamon

April’s spice of the month: Cinnamon

The sweet scent of cinnamon conjures up nostalgic festive celebrations, however, it can be equally as delicious and readily enjoyed around Spring time; think hot cross buns, cinnamon swirls and simnel cake! 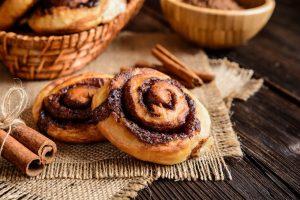 In the past, this popular ancient spice was used in everything from medicine and cured meat to embalming bodies for burial in ancient Egypt!

It has even been used as a currency, with its value seen as greater than gold!

A favourite household spice for use in sweet and savoury dishes, it’s made from the brown bark of a cinnamon tree and is left to dry in the sun. 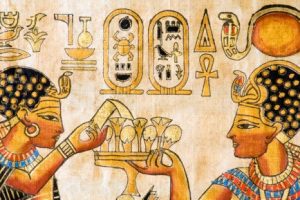 The origins of cinnamon

A small evergreen tree with aromatic leaves, small pale-yellow flowers and spicy black berry fruit, cinnamon comes from the Lauraceae or Laurel family and likes to grow in tropical rainforests in moist soil in the sun, growing up to 20m in height.  At the age of two cinnamon trees are cultivated and cut back or coppiced, creating new shoots to appear, which are then used for making the spice cinnamon.

Derived from the Hebraic and Arabic word “amomon”, cinnamon is the shorter version of Ceylon cinnamon and is the common name that we see in the shops. In Latin the word “Cinnamomum zeylanicum” means true cinnamon in comparison to other species of trees that cinnamon comes from, like cassia. Cinnamomum verum is the Latin word for cinnamon. 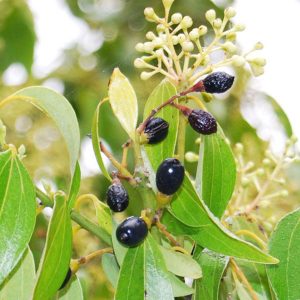 Known as one of the oldest spices and referred to in the bible, it is believed that cinnamon was used from 2,000 B.C and was brought over to Europe by Arab traders where it’s popularity and status as a luxury item continued to grow. Traded in the world since the 1500s the demand for cinnamon created some of the first international trade routes and cinnamon was traded in the Middle East and Europe.

It’s difficult to pin point where it was originally grown and produced because until the 16th century, it’s location was kept a secret  by  Arab traders (to protect its price), who conjured up some colourful stories such as large birds guarding it and using it as a nest, to dangerous snakes protecting it in canyons!

Considered one of very first traded spices it was transported on Indonesian rafts to East Africa on the “cinnamon route” and then continued the long journey carried to the Roman markets. It was then brought over to Egypt by Arab traders and from Egypt, Venetian traders from Italy purchased the spice and controlled the monopoly of Europe’s spice trade.

It’s claimed that cinnamon was discovered by Europeans in the early 16th century at Ceylon (now Sri Lanka), probably by Portuguese traders. The Portuguese were eventually overthrown a century later by the Dutch, until 1784, when Britain took over Ceylon.

By 1800 it was no longer seen as rare and other items such as chocolate were becoming more popular.

Today it is available in a quill form (cinnamon stick) or as a ground powder and there are two varieties of cinnamon: –

Ceylon cinnamon is mainly grown in Sri Lanka, which was previously known as Ceylon, although it is also grown in India, the Caribbean and Brazil. Cassia cinnamon comes from Indonesia, China, Burma, Bangladesh, India, Brazil, Madagascar, Uganda and Vietnam. 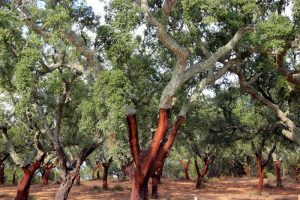 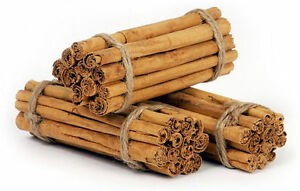 How is cinnamon used in cooking?

Cinnamon is used to flavour many foods including curries, meat and as an ingredient for puddings such as apple crumble, cakes such as Simnel and bread. As a syrup it is used in coffee or added into smoothies and nut butters! It is also used as a medicine and a popular essential oil for many ailments.

In medieval times cinnamon was used in recipes such as Cinnamon Brewet where it was sprinkled over a joint of beef before being roasted in red win and stock, with almonds, ginger and cloves added to the eat broth. Whilst in the 19th century it was used for the sweeter recipe of cinnamon biscuits 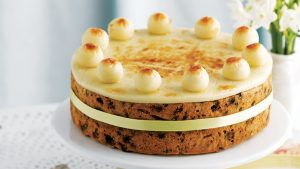 Add it to curry, chicken or lamb dishes and with roasted vegetables such as butternut squash. For puddings try adding it to your rice pudding or baked apples or to mulled wine and eggnog during the festive season.

A diverse spice, ensure it’s stored in a cool location out of the sun and in an airtight container.

To get a fresh flavour try grating your own cinnamon powder directly from cinnamon sticks. 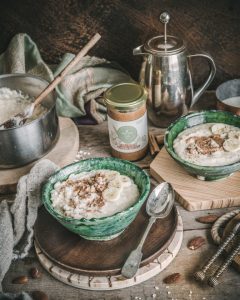 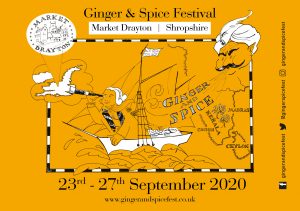