Spice of the month: Chilli

July’s spice of the month

A chilli is a small hot tasting fruit or pod filled with capsaicin oil, which adds to the heat of the chilli.

Chillies, which originate from the Americas, vary  in different sizes, colours and strength of flavour, and are usually used in sauces, relishes and curries adding depth of flavour and/or heat. They are available fresh, dried, preserved in oil or available as a condiment such as Tabasco. They are also best used when they are smooth, glossy and deep in colour; chillies which appear dry with brown bruises should not be used. 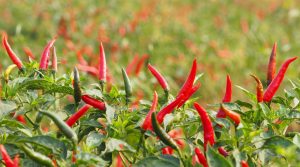 The History of Chillies

Chillies were said to be first discovered in the Americas in 7500 BC and have been a part of our diet ever since. Chillies are among some of the oldest domesticated foods used and were one of the firsts crops to be cultivated around central American/Mexico area.

Chillies were introduced to the rest of the world by intrepid explorer, Christopher Columbus, the man who first ‘discovered’ the Americas in 1493. On Columbus’s journey from Spain to India to search for spices such as pepper to bring back to his home country, Columbus mistook America for India, as a result, pepper was mistaken for chillies, this is how chilli got the name ‘chili pepper’. 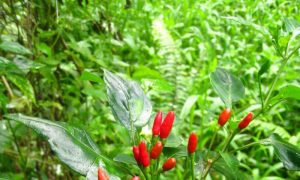 How Chillies are used in cooking

Chillies can be used in almost any meal; however, in the UK, they are most commonly used within a curry. To help reduce the heat of a chilli, the seeds and veins within the chilli need to be removed to help lessen the heat. Dried chillies are good to use when making a soup or a sauce. A dried chilli fried with olive oil and garlic is also commonly used within spaghetti, creating a simple Italian style supper. Chillies are frequently added to chocolate these days, the perfect marriage of ingredients! 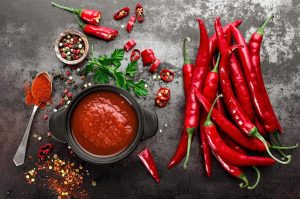 There are over 200 different types of chillies globally.

It is believed that the smaller the chilli the more intense the heat it produces! A chilli’s heat can be rated using the heat scale known as The Scoville Scale, developed by Wilbur Scoville in 1912.  A sweet pepper scores 0 on the scale, Jalapeño and chipotle chillies score anything between 2,500 to 10,000 and habañero and Scotch bonnet score 80,000 to 300,000. 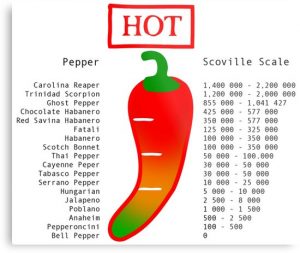 The next Ginger and Spice Festival will take place in a virtual capacity during September 2020.

For all information about the Virtual Ginger and Spice Festival, Market Drayton, including the fringe events, please sign up to our ebulletin below or visit the  website: www.gingerandspicefest.co.uk 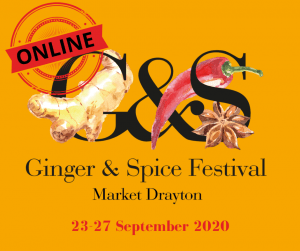