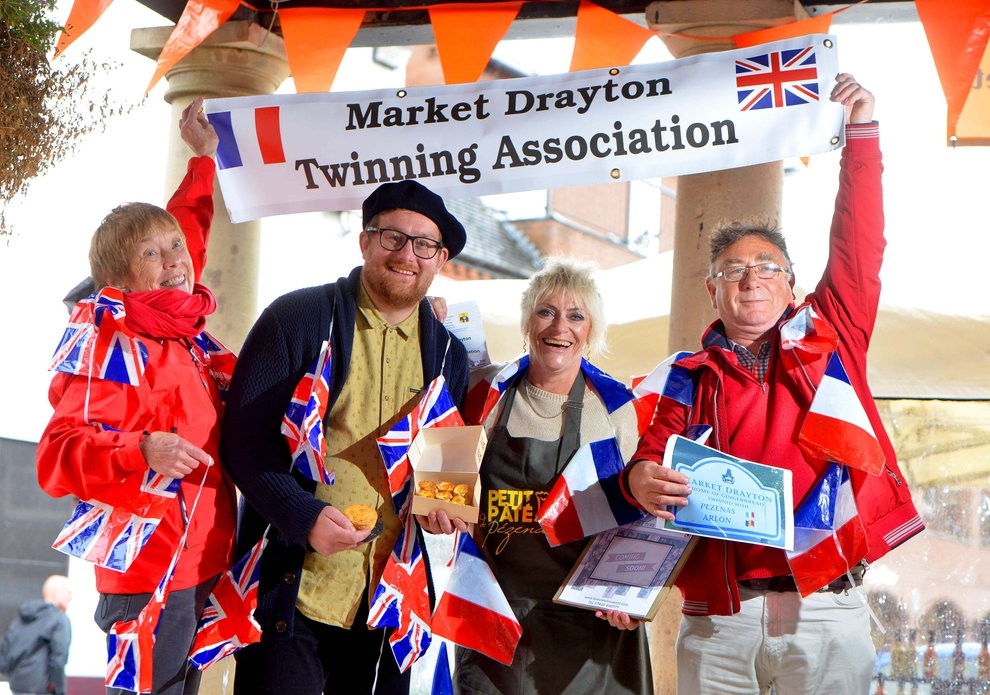 Market Drayton is twinned with the French town of Pézenas in the Hérault département of Southern France.

Why you ask? Well, it’s a curious tale relating to Market Drayton’s most infamous son, Clive of India, and his little spicy pies!

These pies – Les petits pâtés de Pézenas –  were very much enjoyed by Clive and his entourage in their Picnic Club which was set up in 1768 to entertain Clive whilst convalescing  in the area, in particular to help him avoid the French cooking which he allegedly loathed!

Clive’s cook, Carrington, shared this ‘little mutton pie’ recipe with a local baker, Roucayrol, who subsequently made the pies in his shop located rue Saint-Jean.

The pies are still made today in Pézenas and can be enjoyed with a glass of white wine as an aperitif! You can find out more via Lallemand bakery website.

In Market Drayton, there is a pub named after the twinning, the Clive and Coffyne – with coffyn being the medieval name for pie!

The Market Drayton Twinning Association are Ginger and Spice Festival partners. They meet regularly and would love to welcome new members. Email us via gingerandspicefest@gmail.com and we will put you in touch!